iPhone users, here ‘s what Xiaomi wants you do with your old iPhones

NEW DELHI: It is said that some people are born cool. Take the case of Hollywood actor Samuel L Jackson – who is now in his early 70s – but still remains ubér cool. In fact, Samuel Jackson can’t be anything but cool. Brands too are like people in that sense and some of them are just coolness personified. Like Bose or even Apple – love them or hate them but one can’t deny that there is something really cool about them. While there are other brands – who might be quite popular – but can’t up their cool quotient. Case in point: Xiaomi.
The brand has had a fabulous run in the Indian smartphone market and with great strategy has become the numero uno. Yet, there is a lingering doubt about whether is Xiaomi perceived as a ‘cool’ brand? It’s all about perceptions and subjectivity and for some it might be but for a few others it will not be. 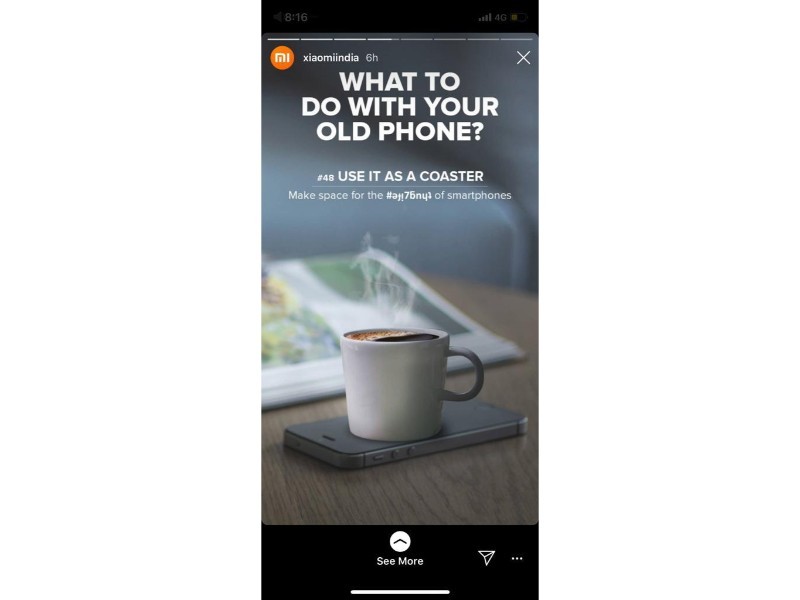 It looks like Xiaomi is upping the coolness quotient by using some of the millennial lingo in the teasers of its upcoming smartphone
Xiaomi Redmi Note 7.

As part of its Instagram stories, there are a couple of teasers that have been posted that use the tagline “make space for the #thug7life of smartphones.” Perhaps there’s a hidden message that we couldn’t decipher but the #thug7life is written in an inverted manner.

If that’s a message we couldn’t decipher then the other message is easy to decode. Through these teasers, Xiaomi is clearly taking a dig at Apple and telling iPhone users what to do with their iPhones. The teaser has a picture of a coffee mug which is kept on an iPhone 4 or 4S and Xiaomi is asking users “What to do with your old phone”? It gives an answer also “#48 Use it as a coaster” with the accompanying picture of coffee mug kept on the iPhone. 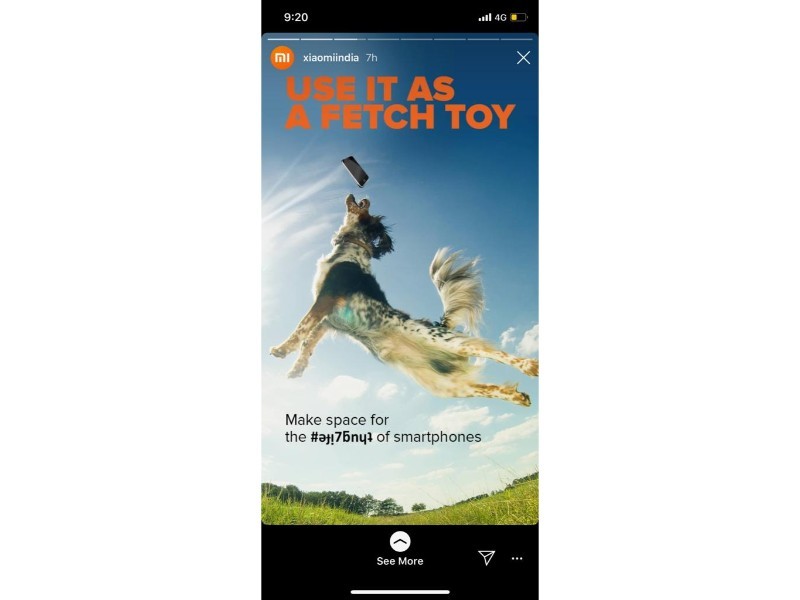 In another of its Instagram stories which again uses the #thug7life – written in an inverted manner again – with a picture of a dog trying to grab what looks like the first iPhone or the iPhone 3G. This time the message is “Use it as a fetch toy”.

It’s not the first time any brand has actually deployed this “take a dig at Apple and become cool” tactic in its ads or teasers. Many other big brand have been doing the same for years. As Apple fanboys often say that over the years it has become cool to diss the iPhone. Xiaomi too has joined that list of people and brands that are aiming for the cool factor by taking pot-shots at Apple. As we said it has been used much before hashtags were a thing. However, if hashtags were around then perhaps this would have been apt: #whennothingworkstakeadigatApple. And one doesn’t even have to put it in an inverted manner to make it look cool.

« How to Check PF Balance — Online, by UAN, via SMS, and Missed Call
Parents in India, PUBG Mobile has a message for you »