The best MacBooks and Windows laptops for studying, work or play

Smartphones and tablets may have taken over much of people’s screen time, but there’s still a need for a “real” computer sometimes – and for most people, that means a laptop. For school and office work and things like spreadsheets and video editing, there’s no good substitute for a decent keyboard and a big screen. But which laptop you should get depends on how often you’ll use it, what you’ll use it for and (of course) how much money you can afford to spend on it.

We’ve tested all of the most promising laptops over the past few years, from sleek ultrabooks to cheap Chromebooks to massive gaming laptops and beyond. Here are the best models you can buy in every category, along with advice on how to choose which type of laptop is right for you.

Mac or Windows (or something else)?

Many people already know whether they want a MacBook or a Windows laptop: if you’re already familiar with macOS or Windows, the easiest choice is to buy a computer that runs that operating system. That said, macOS and Windows have never been more similar, and most popular apps work just as well on either platform (or at least have alternatives that work similarly). If you’re interested in switching, it isn’t as big a deal as it used to be.

If you’re not tied to a platform, the biggest factor is how easy it is to get support. Do most of your family and friends use Macs? Do you have an Apple Store nearby? Do your most tech-savvy friends use Windows? If you’re a student, does your school have a help desk? Will your company’s IT department provide support for your home computer? If you’re not a self-sufficient techie and want the best service for your computer, buy a Mac, because you can take it to any Apple Store to get it fixed. No other computer maker provides that level of support. (If you are self-sufficient, go with what you like.)

Alternatively, as more tasks can be accomplished in a browser, without downloading and installing apps, you might not even need a traditional operating system – a Chromebook may be all you need.

For most people: The best ultrabook The Dell XPS 13 has a thin, light chassis and impressively long battery life, plus a great keyboard, trackpad and screen.

Who these are for: Ultrabooks are the best laptops for most people, including college students, writers, office workers and commuters. They have great keyboards, screens, battery life and enough power to do everything most people need a computer for, and they’re thin, light and portable and will last you three to four years.

Where they fall short: Great ultrabooks cost more than most people want to spend on a laptop, even if they provide a better experience and last longer than cheaper alternatives. They also lack the processing power to play high-end games or do demanding tasks like professional video editing or 3D modelling. If you need a cheaper laptop or a more powerful one, check out our other picks below.

Why we like this one: The late-2017 non-touchscreen Dell XPS 13 (not to be confused with the “New XPS 13” or the XPS 13 2-in-1) is the best Windows ultrabook for most people because its battery life is among the longest we’ve seen, and it has a great 13.3-inch 1080p screen, a good keyboard and trackpad and a healthy mix of new and old ports. It has the newest Intel processors, enough memory for most tasks, a 256 GB solid-state drive and Thunderbolt 3. It weighs just 2.7 pounds and measures 12 by 7.9 by 0.6 inches, considerably smaller and lighter than most other 13-inch models. 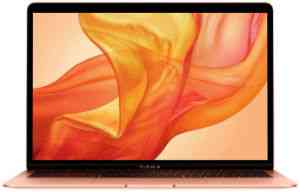 You get good-enough performance and a full workday of battery life in a thin, light laptop with a fantastic display and two Thunderbolt 3 ports.

Who these are for: If you prefer macOS or need great tech support, Apple’s 13-inch MacBook Air usually offers the best combination of size, weight and speed. It’s great for the same people a Windows ultrabook is good for, including writers, office workers, commuters and college students. It has good enough specs and storage to last you three to four years.

Where they fall short: MacBooks are even more expensive than Windows ultrabooks – the 13-inch Air usually costs a bit more for similar specs. And like Windows ultrabooks, our recommended configuration for most people lacks the processing power to play demanding games or do professional 3D modelling.

Why we like this one: The 2018 MacBook Air has some shortcomings, but they’re almost all shared by other modern Apple laptops: the low-travel keyboard, a small number of homogenous ports (in this case, two Thunderbolt 3 ports) that may require the use of USB-C hubs or new cables, and a high price relative to Windows laptops with similar performance and features (especially if you need more storage). But the Air’s light weight, solid construction and industry-leading support make it a good laptop, especially if you also own an iPhone or other Apple devices. 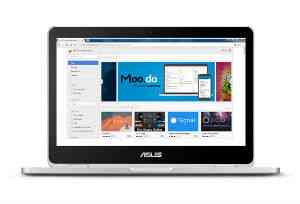 Good and cheap for the web-centric

Who these are for: Chromebooks are ideal for students and kids, but you should also consider one if you spend most of your computer time in a Web browser, if you’re on a tight budget or if you already have a decent desktop PC. A good Chromebook can do almost anything a regular laptop can do – as long as it’s possible in a Web browser or via Android apps. And a Chromebook is faster, lighter and sleeker than a Windows laptop and blessed with better battery life. Plus, Chromebooks are secure and easy to maintain.

Where they fall short: Chromebooks can’t run iTunes, Photoshop, demanding games or many of the programmes you might be used to on your Mac or Windows computer. They don’t have much local storage, and they work best with a full-time internet connection. But if you use web-based email, can get by with Office 365, Google’s office web apps and Android app alternatives, and stream your music and movies over the internet, a Chromebook should do just about everything you need it to.

Why we like this one: The Asus Chromebook Flip C302CA is fast enough for tab-heavy browser work, provides a full workday of battery life and has a small, light body that feels more like a Windows ultrabook. It also offers a comfortable backlit keyboard and a bright screen. It’s more expensive than we’d like, but unfortunately all good Chromebooks are expensive right now. We recommend getting the DHM4 version with a 12.5-inch 1920×1080 IPS touchscreen, an Intel Core m3-6Y30 processor, 4 GB of RAM and a 64 GB solid-state drive. The Flip C302CA has very few ports – two USB-C ports, a microSD slot and a headphone jack – so if you need to connect things to this Chromebook, you’ll need some adapters.

The best Windows laptop for photo and video editing 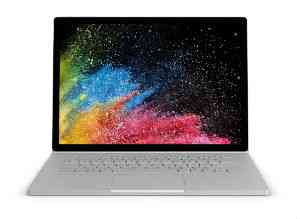 The best laptop for creative professionals

The Surface Book 2 has powerful specs and the best battery life and most accurate screen of any Windows laptop we tested. It’s reliable enough for most creative tasks, but not quite accurate enough for video colour grading and print production.

Who these are for: If you’re a creative professional and want a Windows laptop that’s more powerful than an ultrabook, with a larger, higher-resolution screen and a faster graphics processor, you should get what we call a power notebook. These are ideal if you’re an audio, video or photo editor, or if you do a lot of 3D modelling, but you still want something fairly light and portable. They’re pricey, though.

Where they fall short: Laptops with colour-accurate screens and enough power for creative professionals are expensive. Power notebooks also tend to have shorter battery life than ultrabooks, because of their larger, higher-resolution screens and power-hungrier processors. And because they’re thin and light enough to be reasonably portable, these laptops are often not as easy to upgrade as chunkier business or gaming laptops.

Why we like this one: The Surface Book 2 configuration we recommend has a 4K display, an eighth-generation 1.9 GHz Intel Core i7-8650U processor, 16 GB of RAM and a 512 GB solid-state drive. It also comes with an Nvidia GeForce GTX 1060 with 6 GB VRAM, a powerful graphics processor that can handle demanding tasks – like quickly exporting 4K footage in Adobe Premiere Pro – much faster than the GPU in the MacBook Pro (it’s also good for gaming). The Surface Book 2 model’s keyboard is clicky and comfortable to use for long periods of time, and its trackpad is even better: it tracks smoothly and accurately, and it executes gestures and other Windows-related tasks with ease. It also has all of the necessary ports and connections: two USB 3.0 ports, a USB-C port (though not Thunderbolt 3), as well as a full-size SD card reader and a proprietary Surface Connect port. It also had the longest battery life of any laptop we tested this year by about 20 minutes, and you can even detach its screen and use it as a tablet if you want…….Read more>>

« Now Get Discount On Your Indian Railways Reserved Ticket: This Is How
VCBL Notification 2019 for Probationary officers-25 Posts »